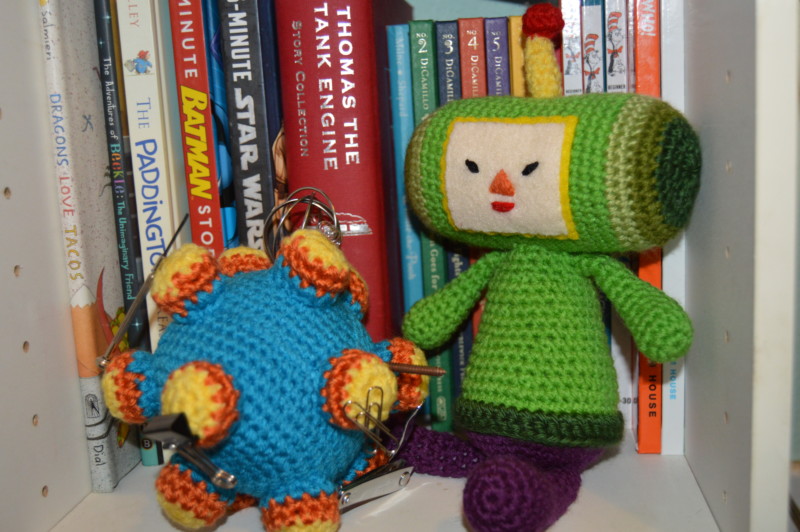 Okay, so no one gets this. Katamari Damacy was sort of an obscure video game. And it came out in 2004. I’m not exactly topical. But there were sequels… and it is uber fun. Maybe someone will get it after all.

Every year for Ryan’s birthday I crochet him some sort of toy that he puts on his desk at work. There are been zombies and robots and robot zombies. Last year it was Han Solo and Chewbacca. This year, he picked the Prince from Katamari Damacy.

For those not in the know, which I assume is almost everyone, in Katamari Damacy, the King of All Cosmos sends you, the Prince, to Earth to roll up junk with your katamari, which is basically a sticky ball. You start out rolling up thumb tacks and pennies, and the more you roll the bigger the katamari gets, the bigger stuff you can roll up. You eventually move on to food, toys, small animals, large animals, vehicles, trees, buildings, counties, etc. Addictive, mindless fun. So much fun you forget to blink. Seriously. 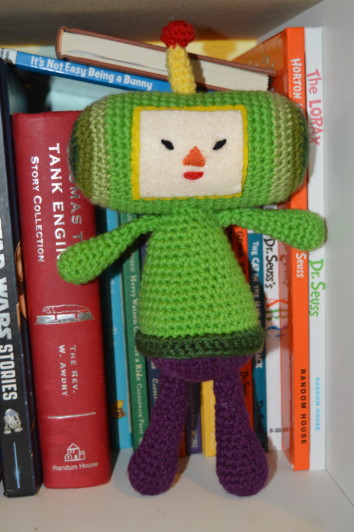 The Prince is the main character, and he is a bit funny looking, with a wide tube shaped head. Distinctive I guess. I didn’t actually follow a pattern for the Prince, but I did find one after the fact which is very similar to mine. So similar that I’d hate to steal her mojo and post a nearly identical pattern. My row counts are a bit different and I think my finished work is a bit larger, and I made the arms and legs a slightly different shape. And I used two pieces of felt for the face rather than embroidering the gold part. I can’t embroider. Anyway, here is the pattern from Nerdigurumi. It’s free! If anyone is super interested in any part of my exact pattern, just let me know.

No Prince would be complete without a Katamari to roll stuff up with. I found this pattern from Amy’s Babies and followed it exactly. She puts magnets in each of the nubs so it can really pick stuff up when you roll it. As long as your stuff is relatively light and made of metal. Paper clips, binder clips, nail clips, oh my! 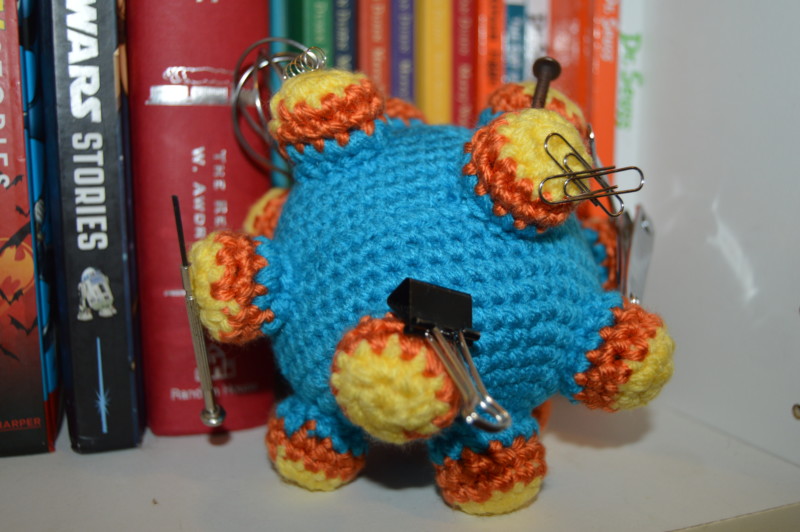 The pattern is super easy. First you make two hemispheres, then crochet 14 nubs. Sew the nubs onto the semicircles with a magnet in each one, then sew the hemispheres together, stuff, and sew the last couple nubs along the equator. I bought my magnets at Wal-mart in the hardware/DIY section, not the craft section. I got packs of  8 magnets for 2 bucks and they work perfectly. I think they are the exact magnets Amy used with a different name brand on them. I didn’t want to have to go to Joann’s and deal with their terrible customer service if I didn’t have to.

So there you have it. Ryan’s 36th birthday present. The magnets in the Katamari really make my day. So much fun! 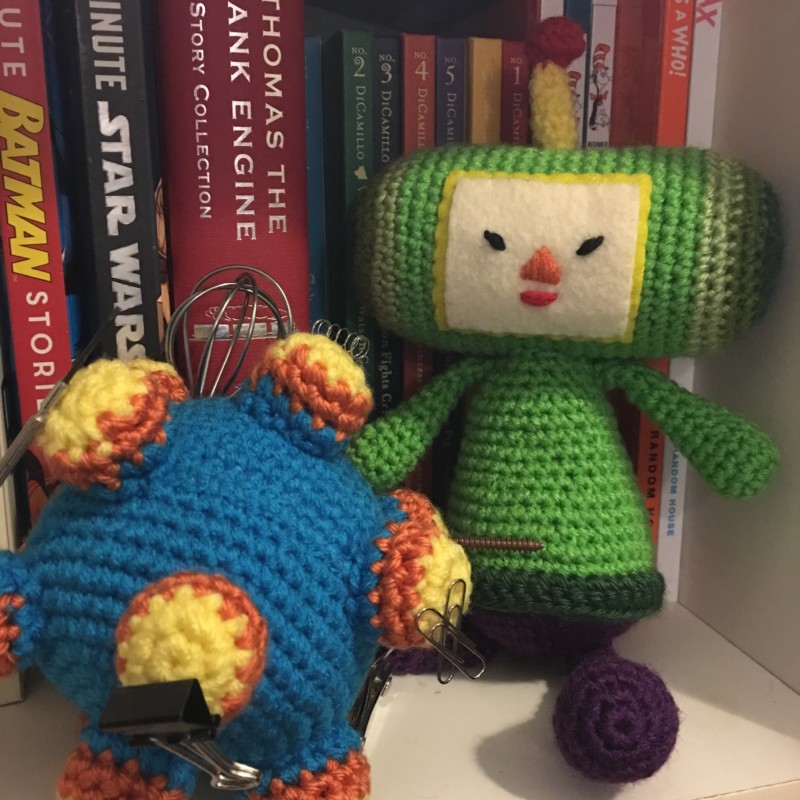 Hello! It’s been a really long time since I’ve updated the blog. 2 kids and a full time job somehow ate all my free time. Anywho, I’ve had a request for the pattern for the Prince, and while I don’t have time to type it all up, I did find my notes from when I made it nearly 4 years ago. If you can decipher my chicken scratch, have at it 😊 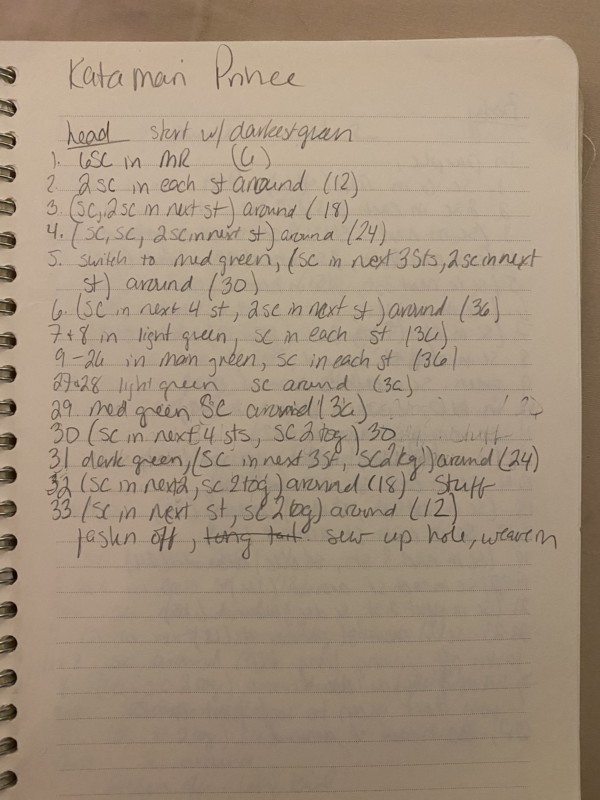 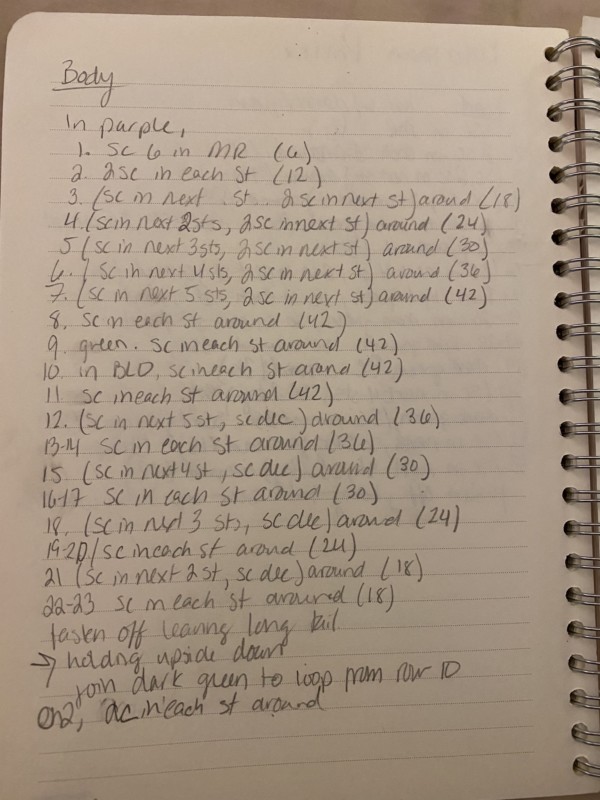 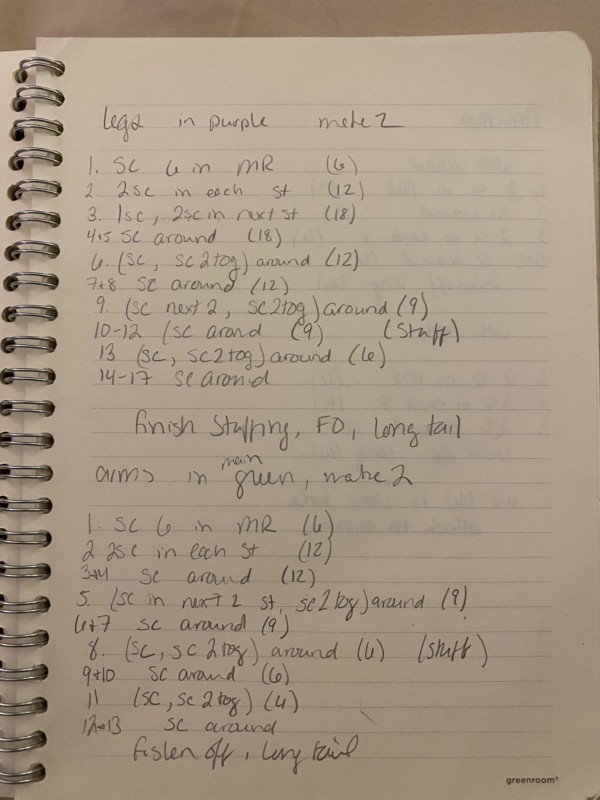 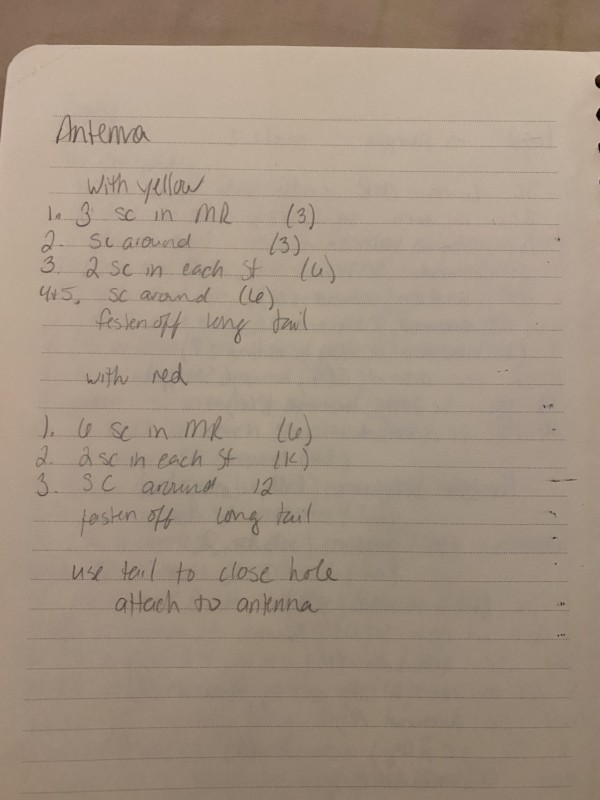