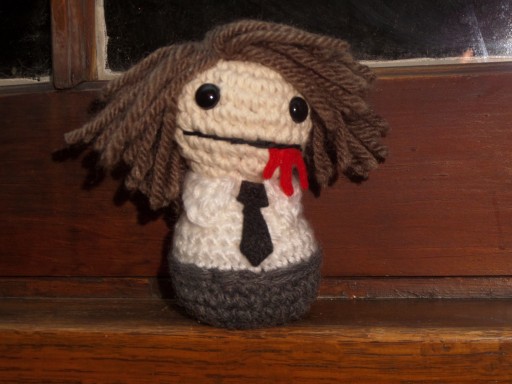 It is Ryan’s birthday. Happy Birthday, honey! Every year for the past several years, I have made Ryan a crocheted toy as a birthday present. We’ve had robots and monkeys, and this year, he chose the Corporate Zombie.

This pattern comes from Creepy Cute Crochet by Christen Haden. I made Ryan the monkey on the cover last year and he also turned out super cute. 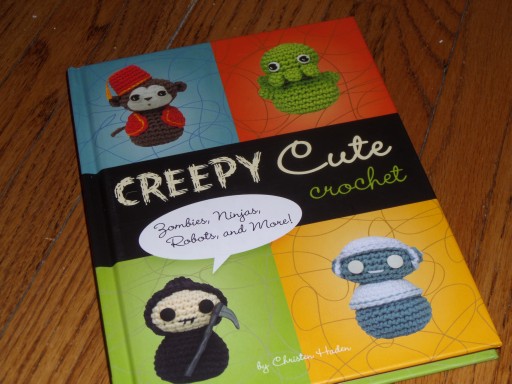 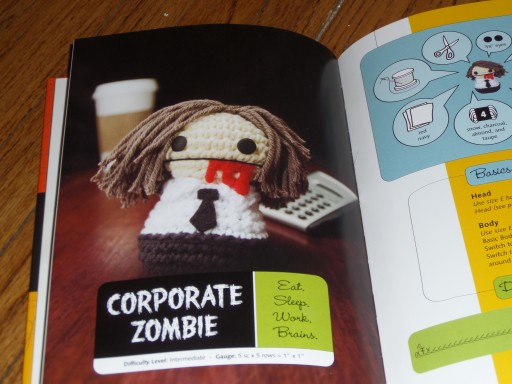 The pattern is easy to follow. The toys in the book all use standard body and head patterns and it is really just the embellishments that differ between them. The trickiest part of this was the hair. I had to watch a YouTubevideo to figure it out, but I eventually got it. I didn’t have a hairpin lace loom like it calls for, so I was wrapping yarn around a small board. I also used plastic safety eyes because I was too lazy to make my own out of polymer clay and I filled the bottom of the body with plastic beads to give it enough weight to stay upright on its own. I think it turned out super cute, what do you guys think?

Here is the zombie on his commute to work this morning, riding in the cup holder. 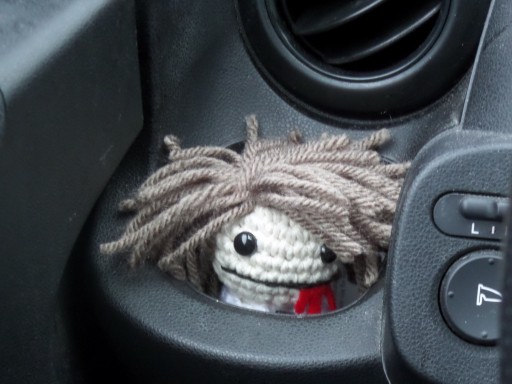 And here he is with all his buddies at the office. 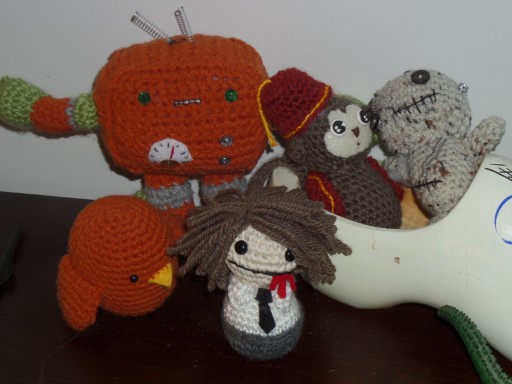