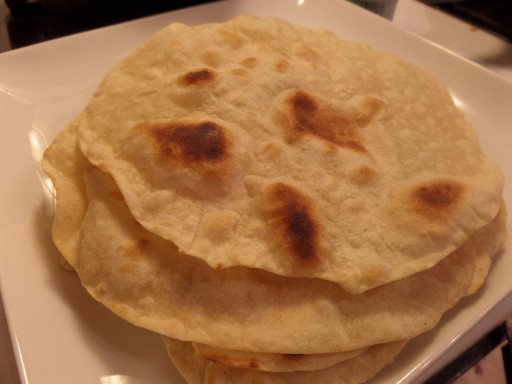 It had never occurred to me to make my own tortillas. The ones I buy at the supermarket are perfectly adequate for tacos and quesadillas as far as I was concerned. But Ryan found this recipe in an old copy of Cook’s Country magazine and wanted to give it a shot. It made our pretty run of the mill steak tacos we made for Valentine’s Day a bit more special occasion worthy. The recipe is quite easy, the hardest part for me was rolling out the dough so that it was at least in the realm of round. They were nice and soft and absolutely delicious hot of the skillet. I can’t say I’ll bother making homemade tortillas every time I want a taco, but I will definitely make them again.

Tortillas are very basic. The only ingredients are flour, salt, shortening and hot water.  All I had was butter flavored Crisco, and that worked just fine, though my tortillas are a little yellower than I would expect for flour tortillas. They don’t taste extra buttery or anything. The dough mixes up really fast, it only takes a second or two of kneading, then you just roll it into balls and chill them in the fridge for a bit. 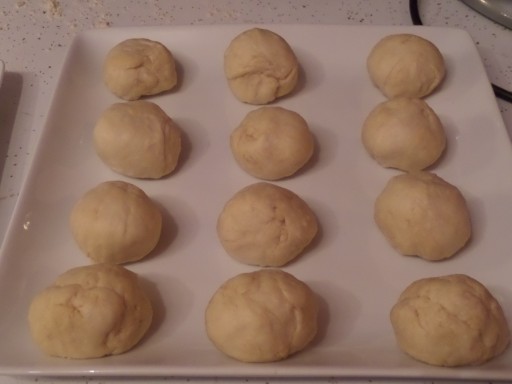 Once chilled, roll out into rounds. I had trouble making mine actually round. Rolling dough is a skill I never bothered to master. But I had 12 tries and toward the end I got better. And to be honest, it really didn’t matter that the finished tortillas weren’t perfectly shaped. 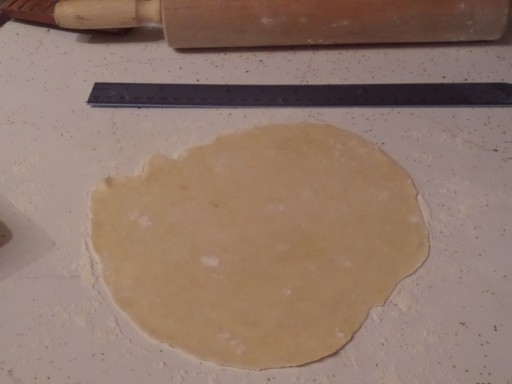 To cook the tortillas, heat a bit of oil in a skillet, then wipe the skillet out. Lay the dough in the skillet.  I moved the dough to the pan by rolling it onto the rolling pin, then unrolling it into the pan. 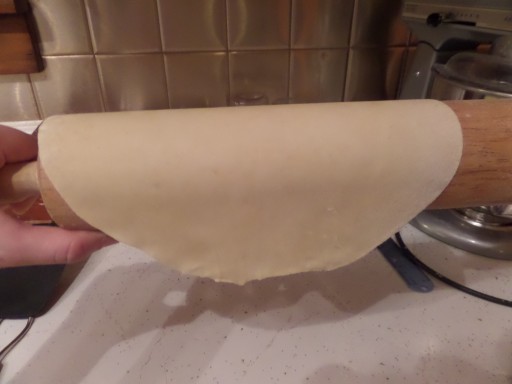 Cook the tortilla on medium heat until it starts to puff up, then flip it over and cook the other side. I managed to get a little assembly line going, I would roll out a round while one cooked. I needed to regrease the pan between every few tortillas and eventually just started spraying it with Pam and wiping it with a towel. It seemed to work just fine. 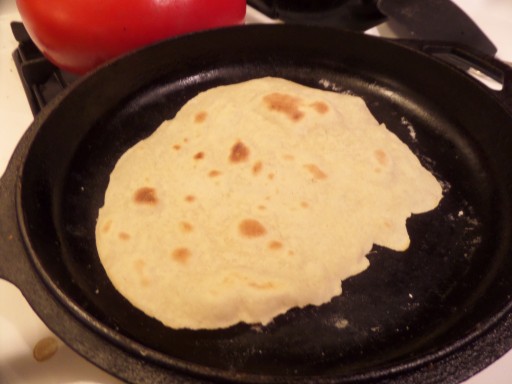 Keep the finished tortillas warm by covering with a kitchen towel, left over tortillas can be stored in the fridge for several days. I heated one up for my dinner tonight and it was just as good as it was two days ago when it was fresh off the skillet. 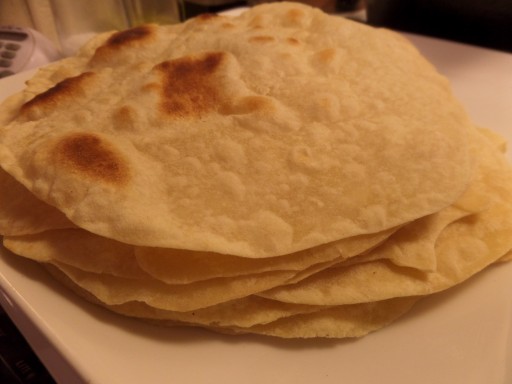