As we bid farewell to 2013 and usher in 2014 I want to wish everyone a happy and safe New Year’s Eve. We have an exciting night of TV and baby cuddles planned, which is exactly how I prefer to ring in my new year. But to make the night at least a little special, Ryan cooked us a New Year’s Eve dinner from a new cook book my sister gave him for Christmas. May I present to you, Prawn and Chorizo Paella. 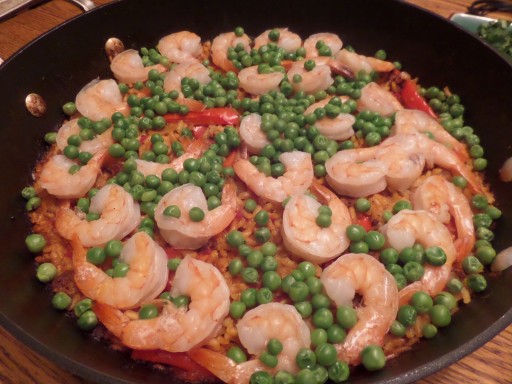 This recipe comes from Great Pub Food by Rachael Lane.  As you might imagine, the book contains recipes for making dishes you’d find in an English pub. Some of the ingredients might be a bit hard to find here and some are called by unfamiliar names (so in the UK they call bell peppers, capsicums, who knew?), but if this recipe is any indication of the rest of them, the food is delicious. This paella was definitely worth eating. 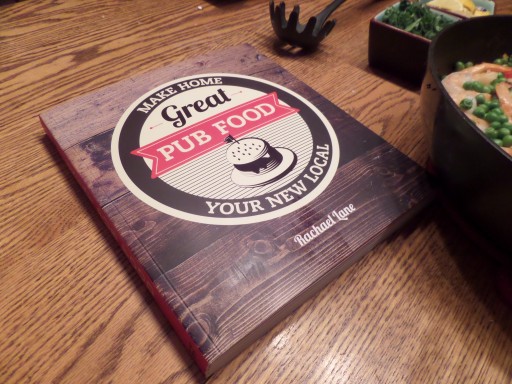 A couple notes on the recipe. It says to cut the chorizo into rounds and cook it, but the chorizo we can buy here won’t hold it shape if you cut it before you cook it. Apparently it is the difference between Spanish and Mexican style chorizo. Anyway, Ryan took it out of the casing and browned it like hamburger instead, it seems to have worked. It also calls for saffron, which is stupidly expensive. We got 2 grams for $17, but you only need a pinch so $17 buys you enough for many, many batches. Still, it’s a lot of money to pony up up front if you aren’t sure you are going to love the recipe.

We also decided to serve this with a lemon aioli we borrowed from a paella-esque shrimp pasta recipe from America’s Test Kitchen. The creamy, garlicky, lemony goodness ties the flavors together perfectly. The paella is good, the addition of the aioli makes it divine. 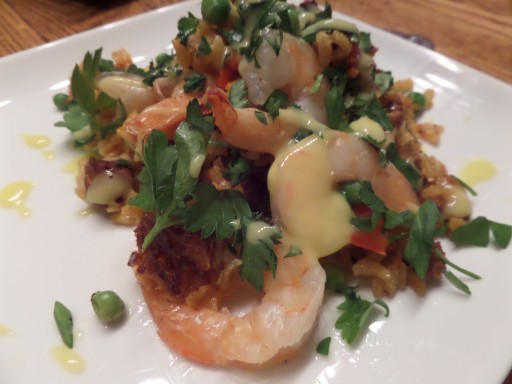 So without further ado, here is the recipe.